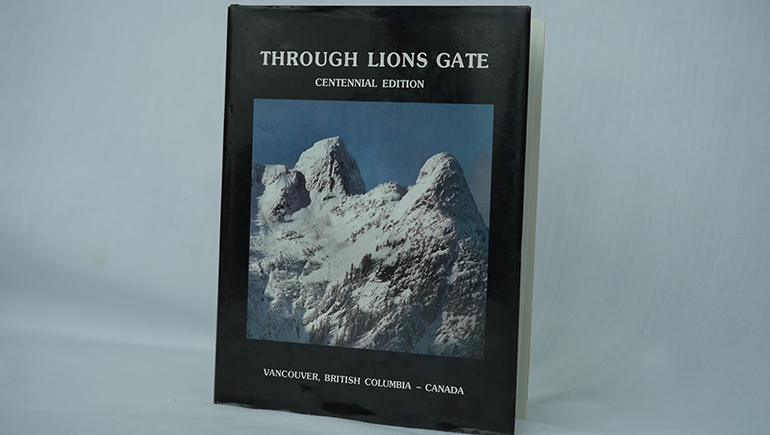 Since its founding in 1919, the Real Estate Board of Greater Vancouver (REBGV) has developed many creative initiatives to benefit its REALTOR® members and the communities they serve.

In the 1960s, REBGV put one such initiative in motion that would showcase Greater Vancouver to the world.

Fred Russell, a past REBGV president who was the chair of our Public Relations Committee at the time, first conceived the idea of a book. The concept was brought to life through the work of another past president, Ted Henderson, REBGV’s staff photographer, Ted Cholowski, and public relations officer Anne Broadfoot. A member named Bill Clarke won a contest that gave the book its title.

It was a hot item in 1966, so much so that the first order of 7,500 copies depleted within a month of its release. The book also earned Huck Wenaus, REBGV president in 1966, the July man-of-the-month award from the Greater Vancouver Visitors and Convention Bureau for a “significant contribution to the tourist industry in Greater Vancouver.”

The book got the attention of other companies as well, including Canadian Pacific Airlines. Copies were available in five languages (English, German, French, Italian, and Japanese), and it was later available in a calendar format. REBGV also ensured non-profit and educational organizations would receive free copies.

Over the years, REBGV revised the book seven times to stay up-to-date on new developments and buildings. The last revision was done in advance of Expo 86.

REBGV circulated some 200,000 copies of Through Lions Gate across the globe during its 20-plus years of existence. It holds the distinction of being the first four-colour pictorial book ever published in Canada.

The Real Estate Board of Greater Vancouver is celebrating its centennial this year. This article is part of a series that’s looking back on our history, and our impact on Greater Vancouver.