REBGV economist discusses the market, COVID-19's effects, and the state of the recovery

Keith Stewart, REBGV economist, recently presented a market update to the REALTORS® of Metro Vancouver covering the effects of COVID-19 pandemic on Metro Vancouver and elsewhere.

Here are the highlights.

Jobs are recovering, but there’s room to improve

The exception this time is the uncertain nature of the pandemic. Unemployment shot to unprecedented levels during the height of COVID-19, but much of that was because of the deliberate shutdown of the economy. This explains how quick the economy has recovered as it was strategically brought back to life.

Sales are moderating because they had to

The spring is typically when we see the strongest sales activity in any given year, and we saw records fall this year. But really, sales picked up strong momentum in the fall of last year and surged into 2021 in a way we don’t typically see. 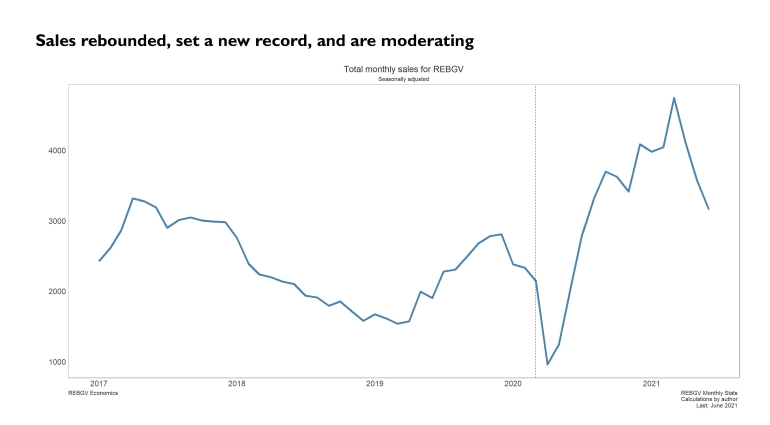 Since the spring, sales have been moderating, but remember that this moderation comes off record sales levels. Year-over-year changes can be misleading. That’s especially important to consider this year. While the market is moderating, it’s still operating at levels that are above long-term averages. 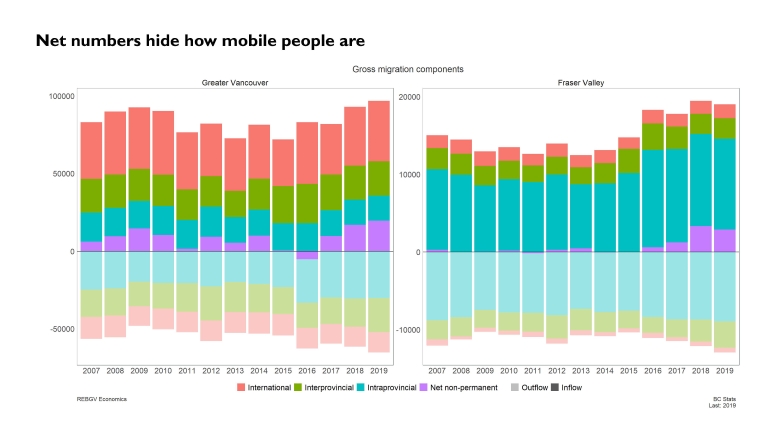 Non-permanent resident growth virtually ground to a halt amid border pandemic lockdown measures last year. New students and TFWs were not allowed in, and those already here returned to their countries of origin instead of remaining in Canada to pursue and attain permanent resident status. It’s expected this immigrant class will trend toward more typical numbers next year before recovering fully in 2023.