At a glance (4 minute read) 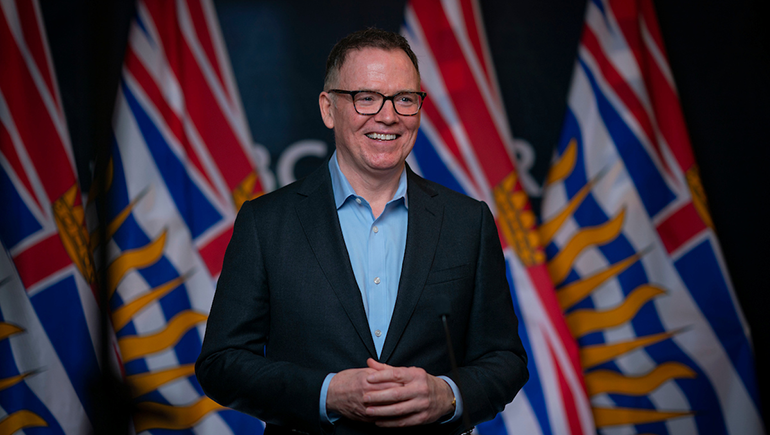 If Liberal leader Kevin Falcon becomes premier, he wants to “bring forward changes that will make people’s heads snap back.”

His cabinet will be focused on policies to rapidly increase the supply of affordable housing.

“These policies will be based on facts, knowledge and experience,” Falcon told the Real Estate Board of Greater Vancouver's (REBGV) government relations manager, Harriet Permut.

As executive vice-president of Anthem Properties for close to a decade, Falcon knows exactly what it will take to get first-time buyers into homes.

“It has nothing to do with taxes on housing. Twenty-five per cent of the cost of every new home or condominium is made up of government fees and taxes and it hasn’t made homes more affordable,” Falcon explained.

The cabinet Falcon intends to appoint will have housing expertise and solutions to increasing the supply of affordable housing, instead of playing what Falcon calls “the blame game.”

In 2017, instead of developing solutions, the current government “misdiagnosed the problem from the get go,” said Falcon.

They began by finger-pointing at foreign buyers saying they were to blame for high housing prices.

“But, as the last two years has shown, during the pandemic there haven’t been any foreign buyers and home prices have now reached a new record across the province.”

The government also “blamed high housing prices on evil developers and brought in the speculation and vacancy tax,” said Falcon, none of which has stopped the rise of home prices.”

For years, REBGV has asked the Minister of Finance to raise the PTT exemption price thresholds.

Falcon thinks REBGV’s stand on PTT is highly reasonable and much more timid than he intends to be.

REBGV has asked the government to:

“If the government is raising revenues from housing, the revenue should be put back into housing,” he said.

This could include using a percentage to fund infrastructure such as roads, sewers and environmental upgrades like dykes, all required before housing is built.

Falcon plans to bring in a carrot and stick approach to encourage supply at the municipal level.

“Municipalities have too much control over zoning which has constrained supply for far too long.”

If a municipality’s official community plan identifies new density in a neighbourhood, there should be no requirement for a public hearing.

Municipalities failing to meet targets for population growth under the Livable Region Plan should be convinced to do this, adding significant density around transit stations.

If elected, Falcon plans to encourage the federal government to bring back a program similar to the Multi-Unit Residential Building (MURB) program. The Canadian Real Estate Association has lobbied for a similar program for decades.

From 1974-1979 through MURB tax incentives, small investors were able to deliver 195,000 affordable rental apartments across Canada. Once the program ended, few affordable rentals were built.

Currently, there are incentives through CMHC, but the application process is complex and cumbersome and rental developments have pretty much stopped, according to Falcon.

Running for premier and then taking on the job makes no sense given the huge commitment and time away from his family.

But Falcon is concerned for the future of the province and the lack of leadership which has become amplified over last couple of years.

He also wants to ensure first-time buyers – Canadians living in BC - who don’t have parents who can help them, are able to buy a home.

Expect a bold, big change of direction in housing policies from what we’ve seen in the last six years.

Falcon will share drafts and get input from stakeholders including the real estate profession.