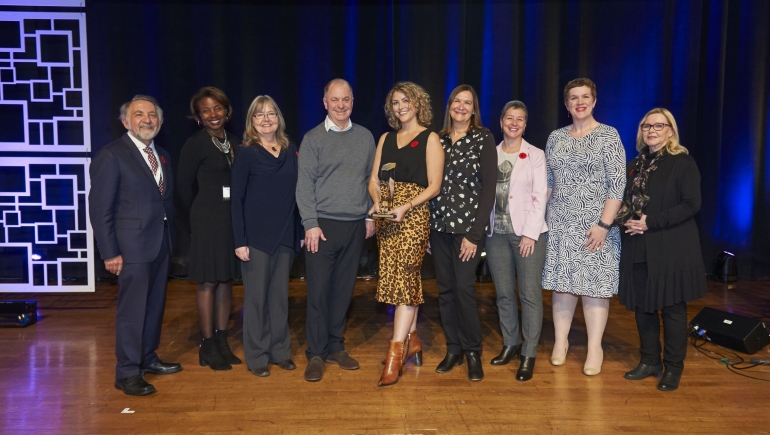 In the year the Real Estate Board of Greater Vancouver (REBGV) is celebrating its centennial, the REALTOR® association is also being recognized with one of the most prestigious business excellence awards in the country.

On November 4, Excellence Canada announced that REBGV has achieved the Platinum level award in its Excellence, Innovation, and Wellness (EIW) program.

“The levels of the EIW program are progressive in scope, designed so that organizations can be externally recognized at different levels, which reinforces and assists in sustaining a focus on excellence, innovation, and wellness,” said Kathryn Cestnick, Senior Vice President of Excellence Canada.

Or, simply put, it’s what ensures REBGV is delivering the best, most innovative products and services to its more than 14,000 members, while providing world-class customer service and prioritizing strategic planning for the future.

These concepts manifest in:

“Our Excellence Program epitomizes the old saying ‘Excellence isn’t a destination, it’s a journey,’” Brad Scott, REBGV CEO, said. “We live our excellence journey in everything we do. It’s how we ensure we bring discipline and structure to our efforts to continually improve.”

REBGV has been on an excellence journey since 1996. That’s when REBGV began its relationship with Excellence Canada (formerly the National Quality Institute). REBGV first qualified for the Canada Awards for Excellence (CAE) silver trophy and won the gold trophy three years later.