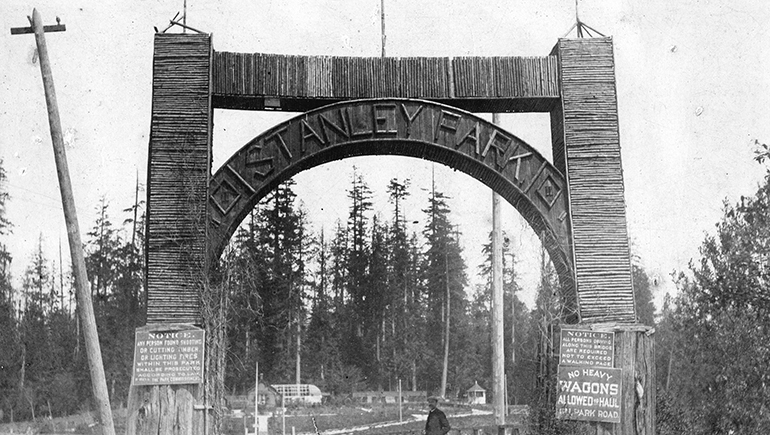 In 1885, 40-year-old Malcolm A. MacLean was at a crossroads in his life. He rode the real estate boom of 1881–82 to dizzying heights, only to lose almost all of the fortune he’d amassed in the subsequent depression. Disillusioned, he set his sights on the sugar beet industry in Hawaii. But then, after a fateful detour to a burgeoning coastal town, known then as Granville, MacLean had found a home for the rest of his life.

Immediately upon his arrival, he thrust himself into the local political scene. In addition to running a friend’s newly established real estate office, he led a successful petition to incorporate the town and change its name to Vancouver. A few months later, MacLean became the first elected mayor of Vancouver, squeaking into office by 17 votes.

MacLean’s legacy would be forged in the coming years. Harsh challenges were met head-on, such as the great fire of 1886 that would virtually wipe out the 1,000 or so wood buildings that made up Vancouver, not to mention all of MacLean’s personal belongings. The city was rebuilt bigger and better, incorporating graded roads, bridges, sewers, and sidewalks. And in 1887, Vancouver officially became the terminus for Canadian Pacific Railway.

MacLean was also the catalyst to the formation of Stanley Park. In 1886, the first City Council drafted a petition asking that all of Coal Harbour Peninsula, known then as the Government Reserve, be given to the City of Vancouver for a public park, even though at the time there was no real need to preserve such a vast area of green space as the city’s populace was small and densely confined in the Gastown area. The result was the park opening to the public on September 27, 1888, with Governor General Lord Stanley on hand, in whose honour the park was officially named.

But his biggest legacy to our profession came a year and a half later, on March 14, 1888, when this visionary real estate pioneer was a charter signatory in the formation of Vancouver’s first Real Estate Board, the very beginning of what we are today. That board would last only three months before collapsing and re-emerging as the Vancouver Real Estate Exchange 31 years later.

We can celebrate MacLean’s extraordinary foresight some 131 years ago that initiated the organization of our profession.