Millennials are staying in Vancouver, according to report 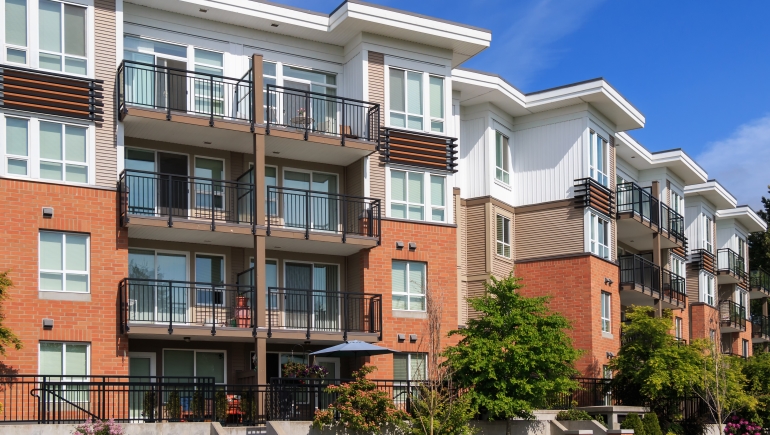 Despite anecdotal reports, there’s no evidence millennials aged 20 to 34 are leaving Vancouver because of high housing costs according to a new study from RBC Economic Research.

In fact, for every millennial leaving, there are as many as 12 millennials moving in from another province or country.

The study is part of RBC’s Focus on Canada’s Housing Market series. It looks at in and out migration of millennials in Vancouver, Toronto, and Montreal. 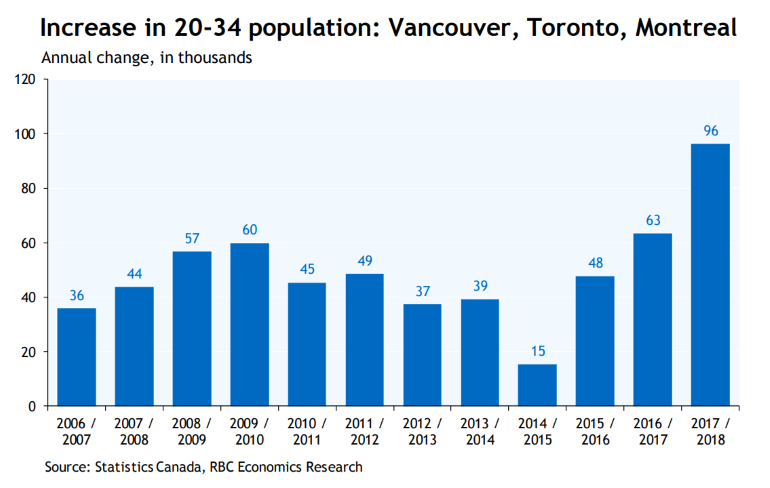 Since 2007, the population of millennials in Vancouver has grown solidly, rising by 16,000 residents (or 2.4 per cent), making it a dominant force shaping the urban demographic make-up.

In 2017, Vancouver saw a net outflow of 5,800 millennials residents primarily to three areas: Abbotsford-Mission, Chilliwack, and Victoria. Buying a home in these communities came at discounts of 30 to 50 per cent relative to Vancouver prices.

But millennials coming from abroad are more than making up for the outflow.

In 2018, net immigration added a total of 76,300 millennials to populations of Vancouver, Toronto, and Montreal.

There were also an additional 28,200 net non-permanent residents (mostly students and temporary workers) coming in from abroad, and 3,800 net migrants moving from other provinces.

The inflow of millennial immigrants from around the world and in-migrants from the rest of Canada is expected to grow in the coming years. 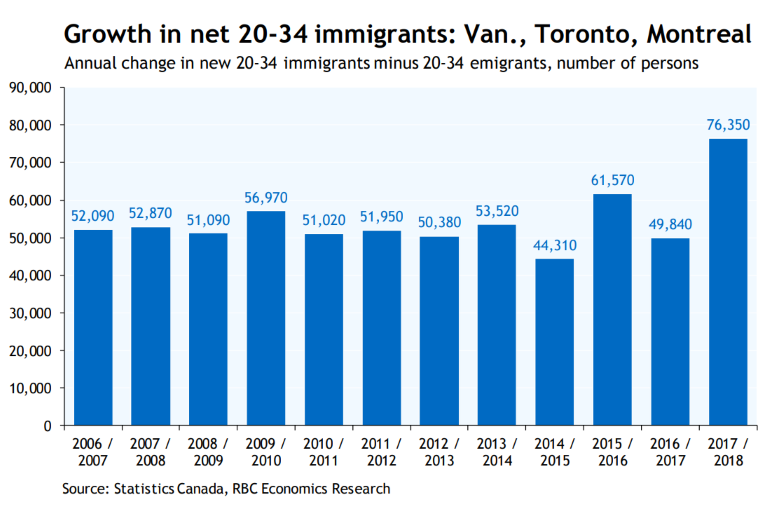 In recent years, Vancouver, Toronto and Montreal together welcomed approximately half of all new immigrants aged 20 to 34.