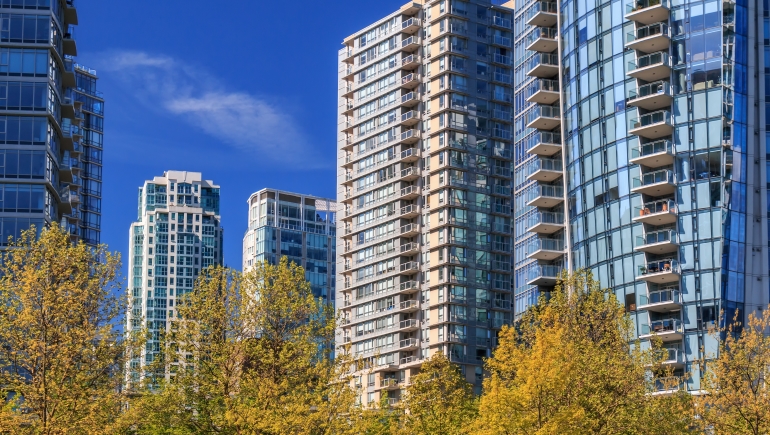 In July, 2016, the provincial government responded with a 15 per cent foreign buyer’s tax, claiming the goal was to increase affordability.

Now the federal government has brought in policy changes to:

The government, which backs mortgage insurance, will also review the responsibility for risk.

As well, the government closed capital gains exemption on the sale of a principal residence.

The two key changes to mortgage insurance rules are:

1. Mortgage rate stress test for all insured mortgages
As of October 17, 2016, all insured home buyers must qualify for the Bank of Canada’s posted five-year rate, now at 4.64 per cent. Previously, this requirement applied only home buyers with variable rate mortgages and mortgages with terms of less than five years. Borrowers must also have a GDS ratio maximum of 39 per cent and a TDS ratio maximum of 44 per cent.

These requirements apply to all new mortgage insurance applications received on and after October 17, 2016.

The new requirements don’t apply to:

Lenders can no longer insure refinances, non-owner-occupied properties, amortizations over 25 years, or mortgages over $1 million.

If the loan is at a variable rate, payments must be recalculated at least once every five years.

Starting now, non-residents who buy a home in Canada must file taxes as a resident to claim the principal residence exemption.

The home owner or a family member must live in the home at some time during the year.

This measure will provide the federal government with data on foreign buyers.

Learn more about these changes.

“The new rules will result in the sharpest drop in the purchasing power of low equity home buyers in years.”

“At a time when housing affordability is a critical issue, deliberately chopping millennials’ purchasing power by as much as 20 per cent will only exacerbate a well-known problem,” said Muir.

Genworth MI Canada Inc., a private mortgage insurer, estimates more than one-third of first-time buyers would have difficulty meeting the required debt service ratios and would have to consider buying a lower priced property or increasing the size of their down payment.

Including spin-offs, between 35 and 40 per cent of all economic growth in the province over the last two years is traceable to the impacts of the robust housing sector.

In Greater Vancouver, 42,326 homes were sold in 2015, generating $2.7 billion in economic spin-off activity and 19,000 jobs in a range of areas from architects and engineers to legal, notary, and financial services, to construction workers, landscapers, and movers to sales of appliances and furniture.

The negative spin-offs are already evident and as many as 5,000 well-paying jobs in our neighbourhoods could be lost in the end of the year, according to Bob de Wit, CEO, Greater Vancouver Home Builders’ Association.

What's behind the new mortgage rules?

“The changes announced by the federal government include measures we have asked for, and they are welcome steps that may help provide further fairness and stability in the market for home-buyers.”

Consultations about risk in mortgage financing

In Canada, borrowers with a down payment of less than 20 per cent must buy insurance through one of three mortgage insurers:

The federal government backs these insurers 100 per cent against default and is concerned about the distribution of risk.

The government will launch a public consultation this fall to gather feedback on introducing risk sharing for government-backed insured mortgages.

The Board will keep you posted about this consultation and when you can participate.

Since the 2008 recession, Ottawa has made policy changes six times to protect the housing market.

In addition to the recent changes outline above, here is a timeline of changes.

July 2008: then Finance Minister Jim Flaherty reduced the maximum length of an insured high-ratio mortgage to 35 years from 40 years.

February 2010: the government lowered the maximum amount home owners could borrow when refinancing a mortgage to 90 per cent of a home’s value, from 95 per cent. A new rule required owners not living on a property to have a minimum 20 per cent down payment if they needed government-backed mortgage insurance.

January 2011: the government reduced the maximum length of an insured high-ratio mortgage to 30 years from 35 years. The maximum amount home owners refinancing could borrow was reduced to 85 per cent from 90 per cent.

June 2012: the maximum amortization period was reduced to 25 years from 35 years for high-ratio insured mortgages. A new stress test was implemented. To qualify for a high-ratio mortgage, a home buyers debt costs could be no more than 44 per cent of income. Home owners refinancing could borrow a maximum of 80 per cent of a property’s value, down from 85 per cent. Government-backed insured high-ratio mortgages were available only on homes valued at less than $1 million.

December 2015: the minimum down payment for insured high-ratio mortgages was increased to 10 per cent from five per cent for the portion of a home’s value from $500,000 to $1 million.