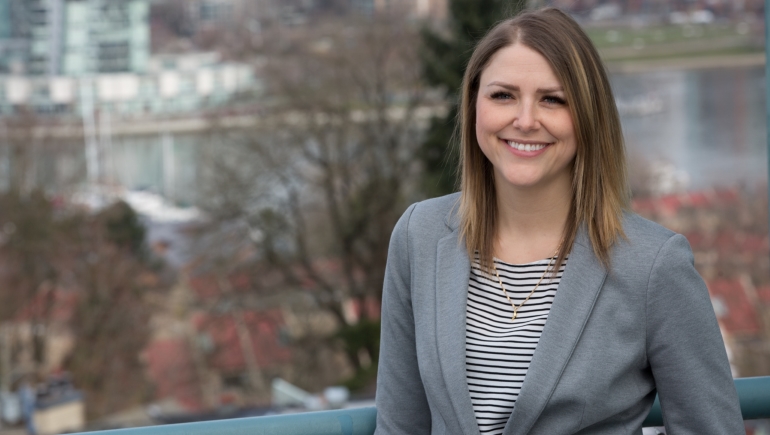 The Real Estate Board of Greater Vancouver (REBGV) would like to introduce REALTOR® Ashley Smith as its 2019/2020 president.

The REBGV is the professional association of the more than 14,000 Realtors and real estate brokers across Metro Vancouver*.

“I look forward to representing my real estate colleagues and serving my professional association in this, our 100th year in business,” Smith said. “The REALTOR® profession is about representing, guiding and protecting the home buying and selling public and helping to build healthy, prosperous, and sustainable communities. Since 1919, REBGV and its members have been working to advance these goals across our region.”

Ashley Smith became a REALTOR® in 2008, and four years later became one of the youngest people ever elected to REBGV’s Board of Directors. A self-described governance enthusiast, Ashley has completed the Institute of Corporate Directors Not-For-Profit Governance Essentials program, WATSON’s Governing with Intention and Chair with Intention programs, and BoardSource’s Leadership Certificate for Not-For-Profit Board Chairs. Leading up to her year as president, Ashley also served on REBGV’s Governance and Government Relations committees.

We’d like to thank outgoing President Phil Moore for his leadership during the 2018/2019 term.

Supporting Ashley in 2019 will be President-Elect Colette Gerber and Vice-President Taylor Biggar.